I went to work today with the horses. My back is still sore from the weekend so I didn’t ride anyone, just lunged and hand walked. Even that stuff was kind of hard on my back. I hope that I am better for Thursday. 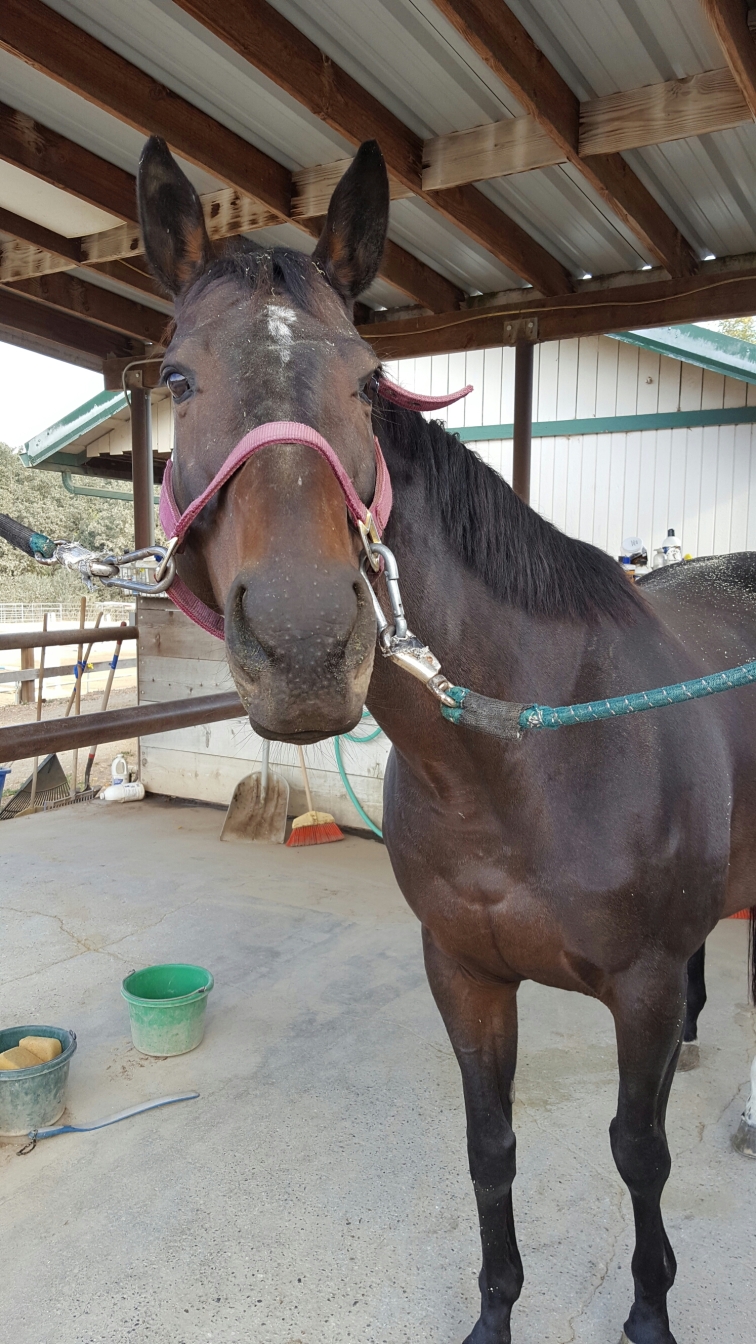 I began my day off with Ella. She decided to wear some of her breakfast this morning. You can kind of see it in her forlock and the top of her head. So we had a nice groom and got all the shavings and feed off her. I put her in the circingle and took her down to the arena. She’s just a pushy little wiggle worm once we get in the arena. I think its just something I’m going to need to get used to. She was fairly good on the lunge line for me, no bucks or kicks today.

Next was Diamond, who didn’t wear his breakfast on his head today. Shock. He usually is the one wearing his breakfast. He was fairly quiet in the cross ties and while i was grooming him. I got him all tacked up for lunging and we went to the ring. To the left he was fairly quiet, sluggish at the trot and was sane at the canter. So I asked him to go the other way. Apparently that unleashed the wild and crazy in him. He started running and bucking and farting and just having an grand old time. My back, not so much. I moved around more so that he wouldn’t yank on my back so much. After a couple of minutes he calmed down and was sane. Centered and then we trotted.

Next was Sherman. The big goofball. When we got to the ring he tried to take off and act all crazy. I learned from last week and put on my gloves before going to the arena. So this time when  he acted out I was ready, he didn’t get away from me this time! He had some wild and crazy in him, didn’t manage to get me off my feet though, so that’s a good thing.

Look at that Quarter Horse butt! 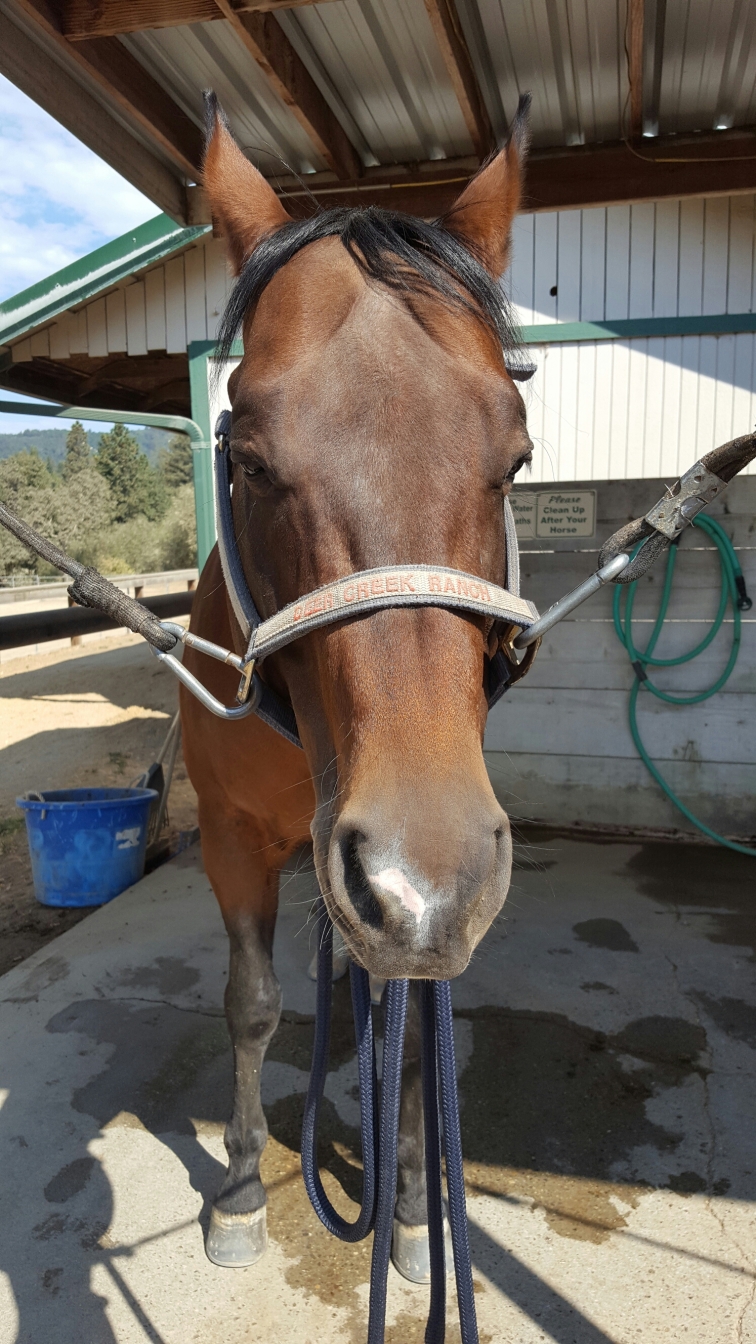 I moved onto Dude and we walked around for 20 minutes or so. While we were walking my boss from my security job called me and when I picked up the phone Dude decided to whiney in greeting. My boss was like “what was that? Is the horse okay?” I explained he was fine and just talkative. My boss asked me if I could work more at where I do security, they really like me there. I told him I didn’t really have anymore days available. I almost wanted to asked to reduce my days I work, but I was good and didn’t.

After Dude was Buttercup. I wasn’t going to get suckered by the pony today! The photo above is from one of her silly moments, the other pictures didn’t turn out.  Managed to get a couple silly moments out of her, which was an improvement over last time. I tied her up to the post and made buckets for everyone while she was cooling down.

After I was done with the horses I met up with my boyfriend for lunch. It was nice that the timing worked out, me being done and him on lunch at the same time. His car is going into the shop to get repaired from the accident a couple of months ago. I wonder what car he’ll get as a replacement.

I think that’s it for the day. I’m at home watching TV before class tonight. I will go to class tonight. I’ve been naughty and haven’t gone the past couple of weeks because I get settled in at home and don’t want to drive 45 minutes to get to class.