I started off Monday slow and lazy. My sister texted me at 830 asking me if I wanted to go to the beach with her and Lumi, I slept right through that. Woke up and moved to the sofa and watched some TV in order to wake up. Got dressed and moving, went to the feed store to get Gucci some shavings (since it’s not meant to rain for a week, yay!). I ordered 4, they only had 3, so I have an IOU at the feed store for one bale of shavings.

I went to my parents and said Hi to Gucci, gave him a cookie and took off his blanket and went inside to say hi to mom and my sister since she was there. They were in the kitchen looking over the layout for Mom’s new kitchen. It looks pretty cool. My sister soon left with the dog and then Mom and I went outside and dug out Gucci’s stall and used the wheel barrow to move the shavings to the pile. It was quite a work out. But Gucci got to graze some, so that was nice. I gave him 2 new bales of shavings and he immediately rolled. 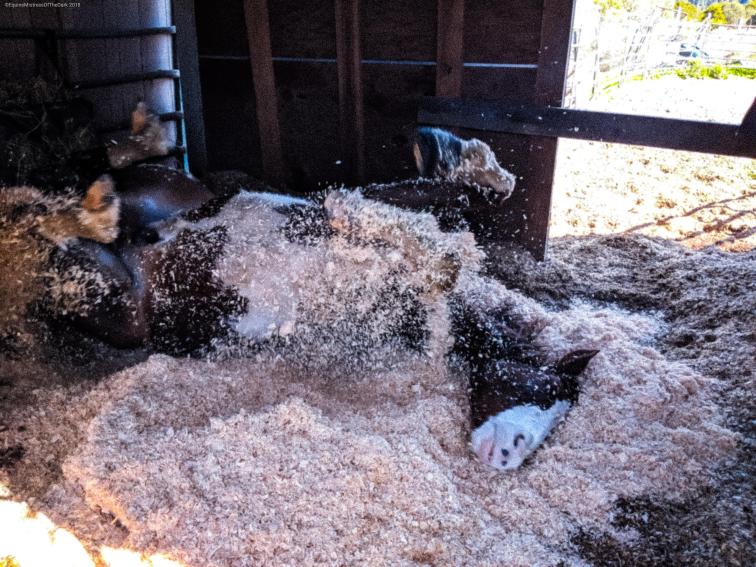 We took a little break and ate something and watched the news before grabbing Gucci again in order to change his wrap. I don’t know what I did differently from the vet, but his hoof wasn’t dry when I unwrapped it. So I took away the gauze pad and just used some gauze and wrapped his hoof again, hopefully it’ll work this time.

After that we did a quick run up to CVS where I grabbed 2 new pairs of sunglasses (I lost a pair and broke my backups), some hair ties, and Cadbury mini eggs. Nom nom nom. 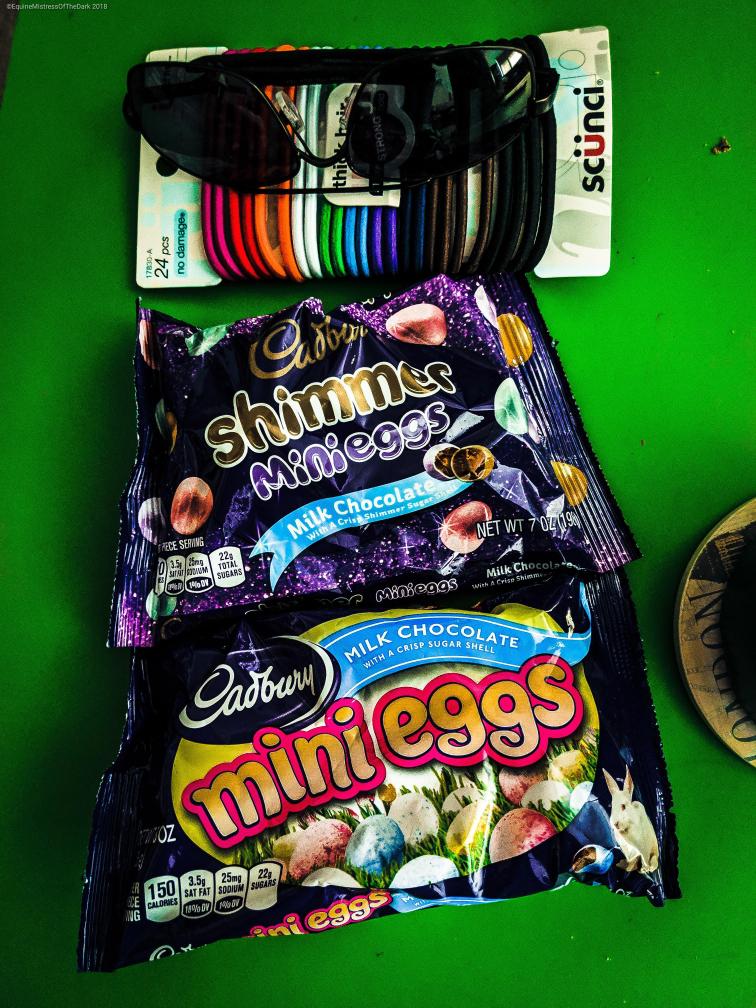 I finally found a use for my Jaws bowl. 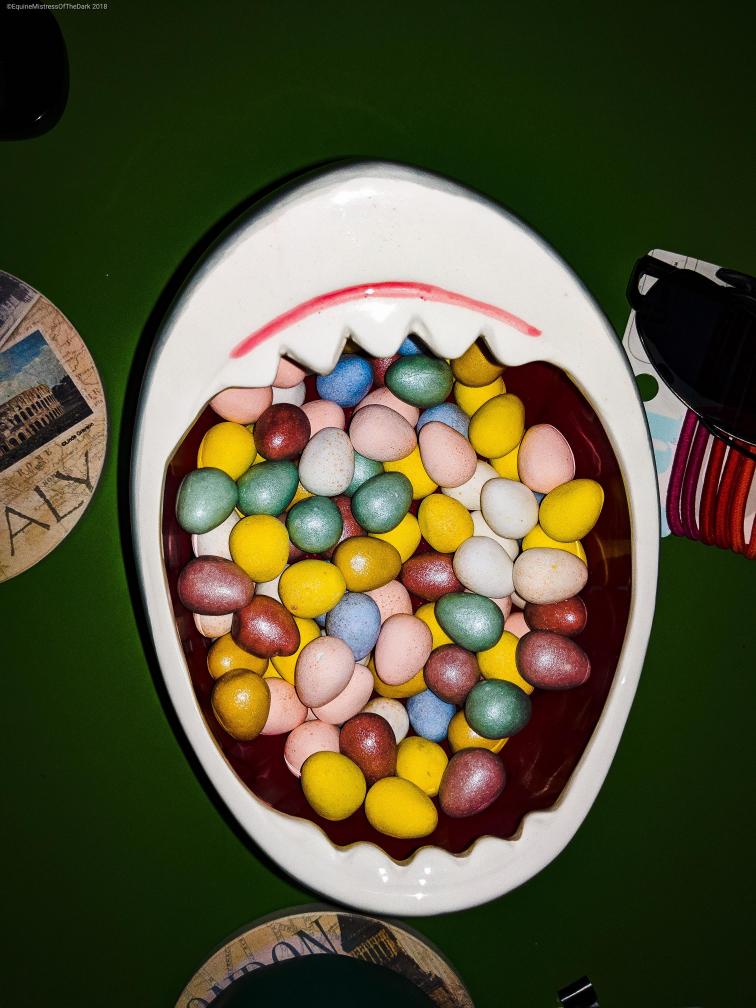 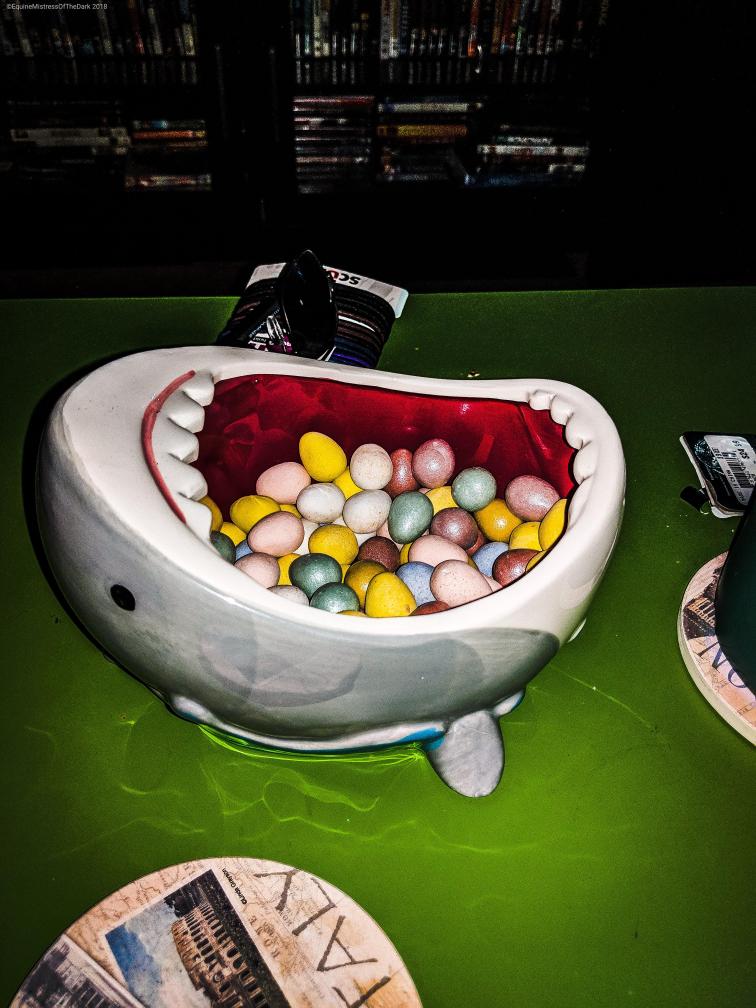 I got a text message from my boss asking me to work all day Tuesday and Thursday for the next two weeks. I said I’d do it as long as I don’t get called into jury duty.

So Tuesday I wake up early, get ready for work, almost forget to grab the dog, and head over to my parents house. Poppa is out working when I get there, so I quickly run in and make Gucci’s paste and give it to him successfully before I hope back in the car to go to work.

I get to work and find out on Monday that they had a guy with a stick come in and threaten the tellers, hence the beefed up security. So I’m standing outside and this guy comes up to me and yells at me that he needs me to dial 911. I ask why, and explain that I’m not going to call until he tells me why, so he says that he was attacked. Okay, so I decided to call 911 for him. Well 3 squad cars show up, talk to him, end up searching him, then sending him on the way. He comes back about an hour later (with a 12 pack of beer I might add), and he says thank you the situation was resolved. Good. Then another man comes up to me and asks me if the first guy had been causing trouble, I explained no, he just asked me for help earlier in the day. The second guy explains to me that the first guy had been making a scene in front of his girlfriends house and ran away before the cops showed up. Sheesh. What a way to start my day.

But the rest of the day was fairly uneventful. I had problems with one guy stopping and talking to people and bumming a smoke off a guy, but other than that the day went fairly smooth.

Wednesday I had a doctors appointment over the hill so I went and did that, and we talked about numerous things and I felt better afterwards, so that was nice. Then I went to the grocery store and listened to the Wicked soundtrack while I was shopping. The store wasn’t too busy which was nice. I went to my parents next and said Hi to Gucci, then hi to Poppa because he was in the house. I took the dog for a walk and when we were heading into the house mom pulled up from her nail appointment. 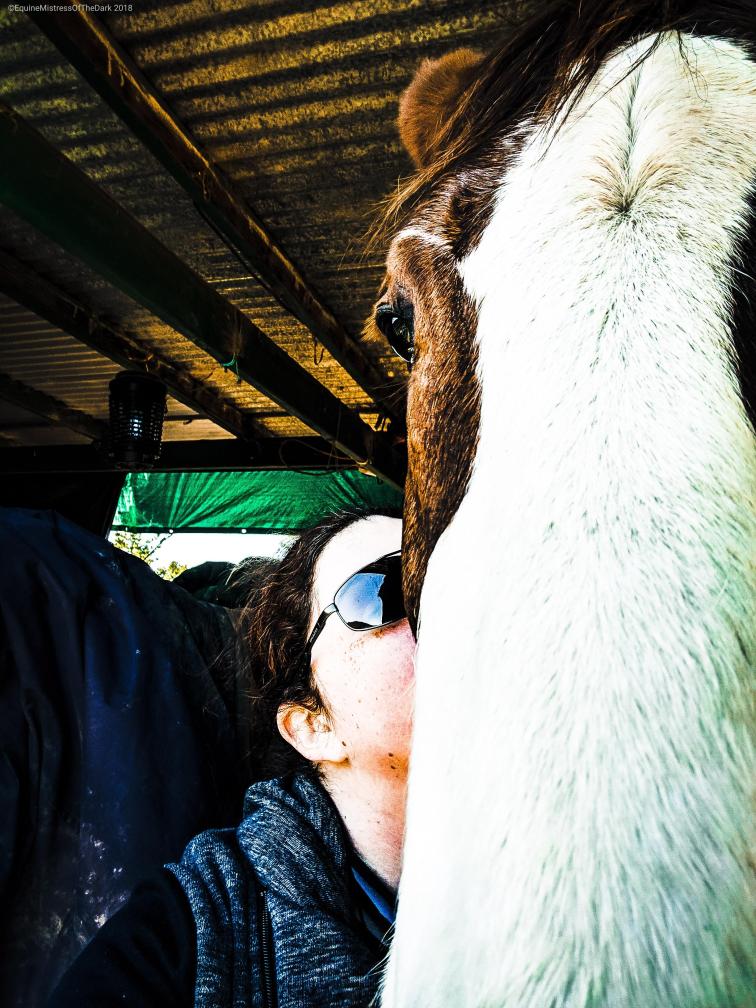 We changed Gucci’s wrap next, and he seemed to be moving faster, but his hoof was super hot, so hopefully his abscess will pop soon. But he did really good for me changing his wrap, on Monday it was kind of a struggle. Mom grazed him while I made sure he had enough food, I decided to give him a little more alfalfa. 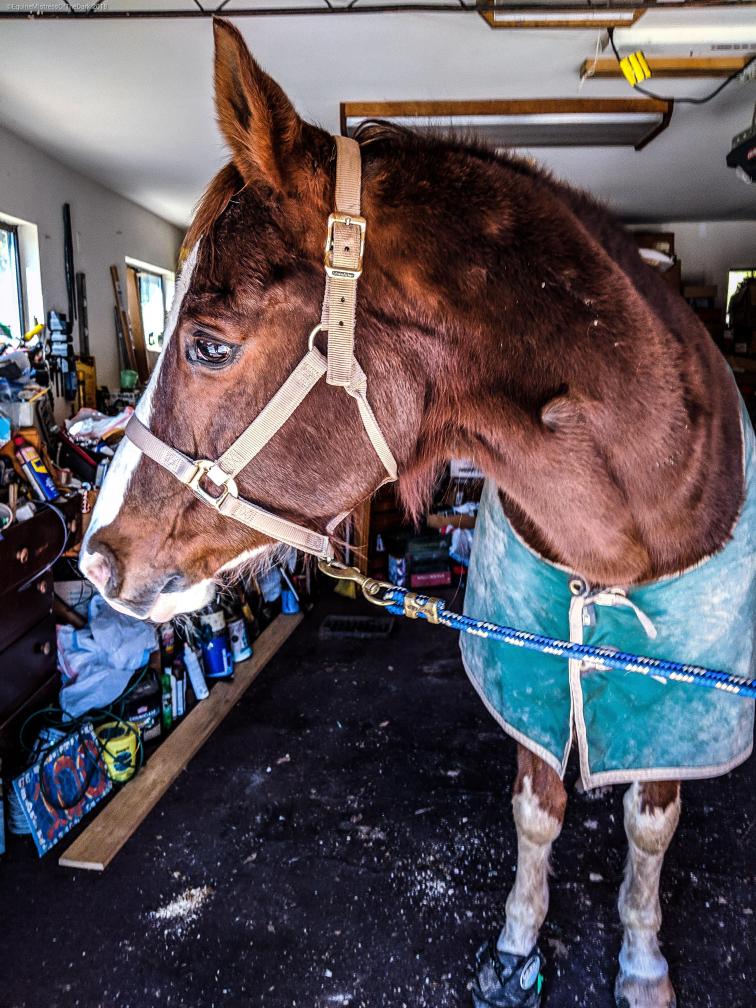 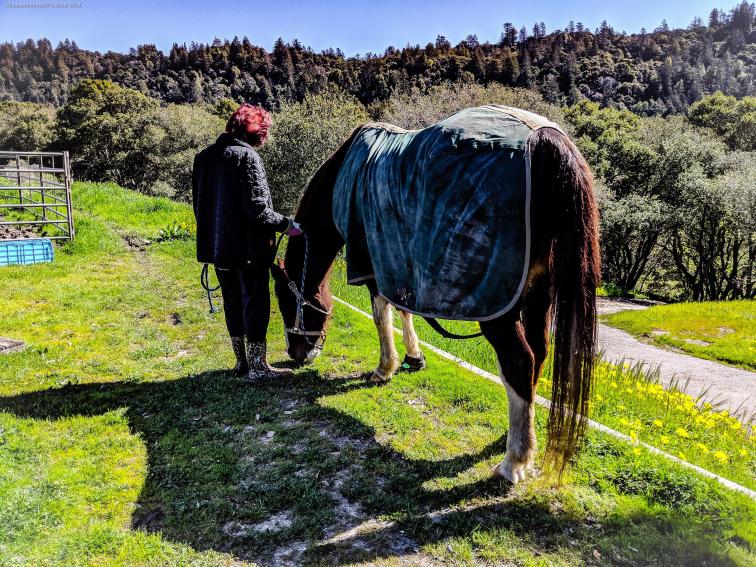 After that we hung out inside for a while before going to my eyebrow appointment. Well, I got my eyebrows done and mom went shopping at Ross. Then we went over to Macy’s looking for earrings for my sister and cousin for the wedding. We found a pair for my sister in the store and we ordered my cousins online, so they should be here soon. I discovered a new podcast (here‘s a list of what I already listen to) by David Tennant called David Tennant does a podcast with...

Thursday came around and I got up early and headed to my parents place to paste Gucci before work. I gave him a cookie upon arrival and then pasted him a few minutes later with poppas help. After that I went to work. Everything seemed to be going fine until my last hour.

The other security guard got in a yelling match in front of the bank with a trespasser with people trying to use the ATM between both of them. Then I nearly had a brawl. A customer saw a homeless guy throw some garbage in the bushes, and asked him to put in in the garbage. Homeless guy denies anything and starts threatening the customer, I almost call 911 because I’m afraid they’ll come to blows when the homeless man walks away. And then there was an accident (again) where 2 people backed into each other, both claiming they didn’t see the other vehicle. There was some damage to both vehicles, but they exchanged information and drove away. 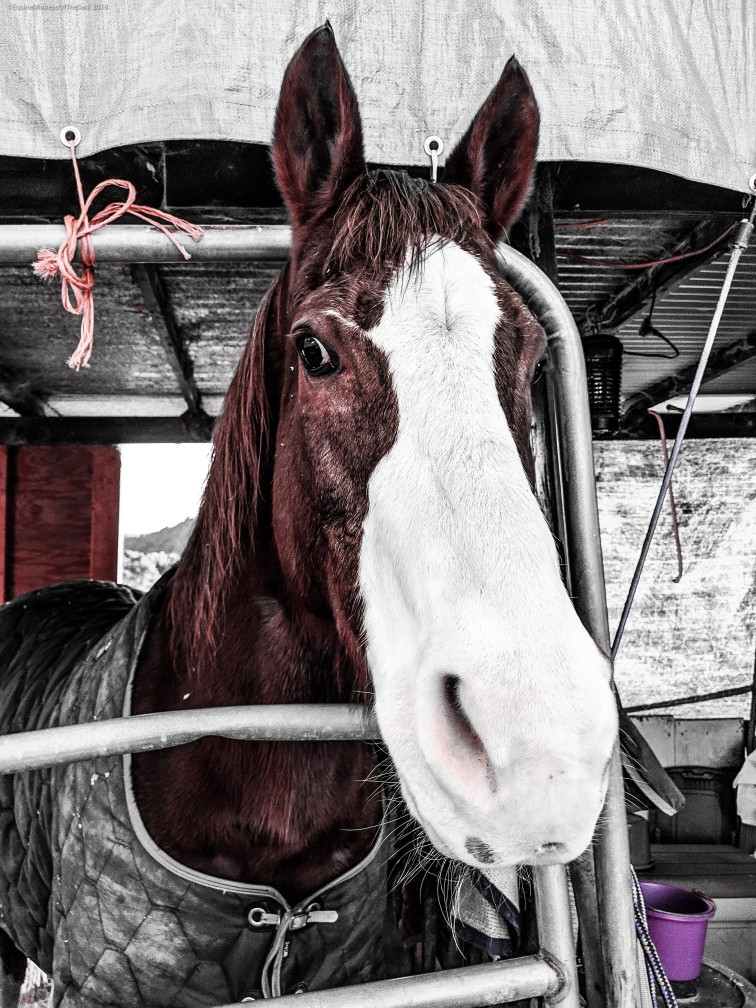 Friday was alright. I woke up and went over to Gucci and pasted him before work. Mom and Poppa went to San Francisco for a check up on his hand, so looney lumi was locked in his cage (my sister insists we call it a kennel) for a few hours. But work went fine. I actually saw one of my old (now ranked) lieutenants from my dispatch job at the bank. He was selling his car, so we chatted for a while and it was nice catching up with him and hearing that the PD is doing good.

Saturday went fine. Its was sunny so I had a lot of golfers. Can’t blame them, it was a beautiful day to be outside. And I was confined in my little box. Don’t tell my boss but I might have taken the golf cart for a spin just to get outside in the sunshine for a while. And I used the golf cart because the truck had died. Afterwards I went over to my parents to paste Gucci and change his wrap. 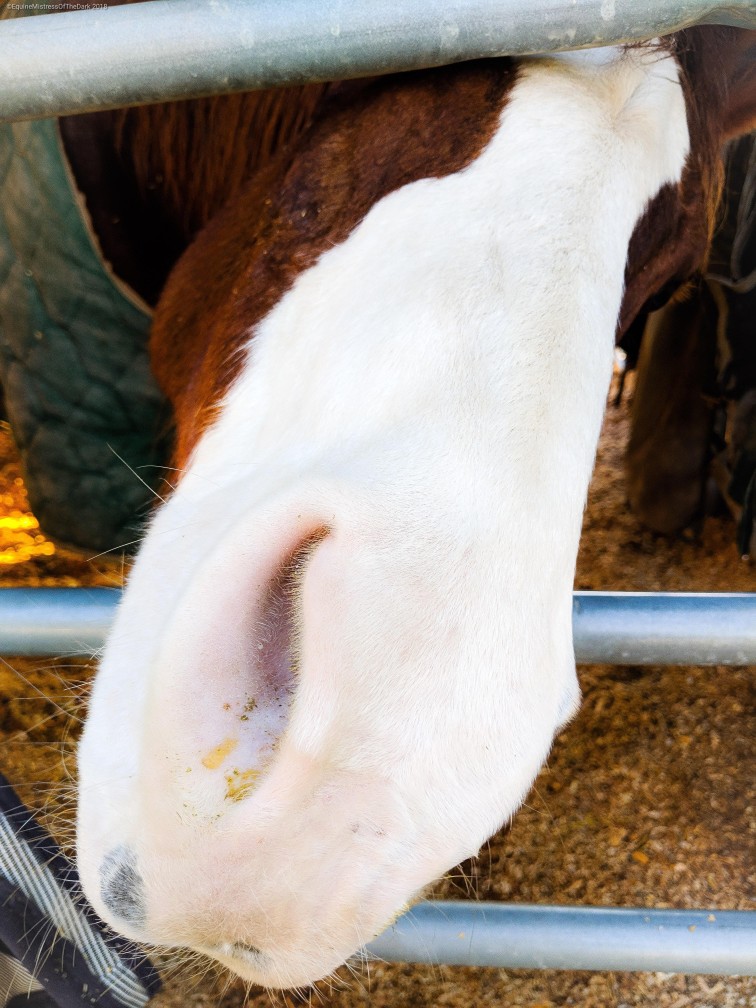 Sunday was an okay day too. More golfers, more sunshine, more time locked in my little booth. I read my book, listened to my podcasts and logged people in as they drove by. I also spent a huge part of my time talking with my cousin who is coming over for the wedding. We were trying to get logistics sorted. I think that everything will work out okay. 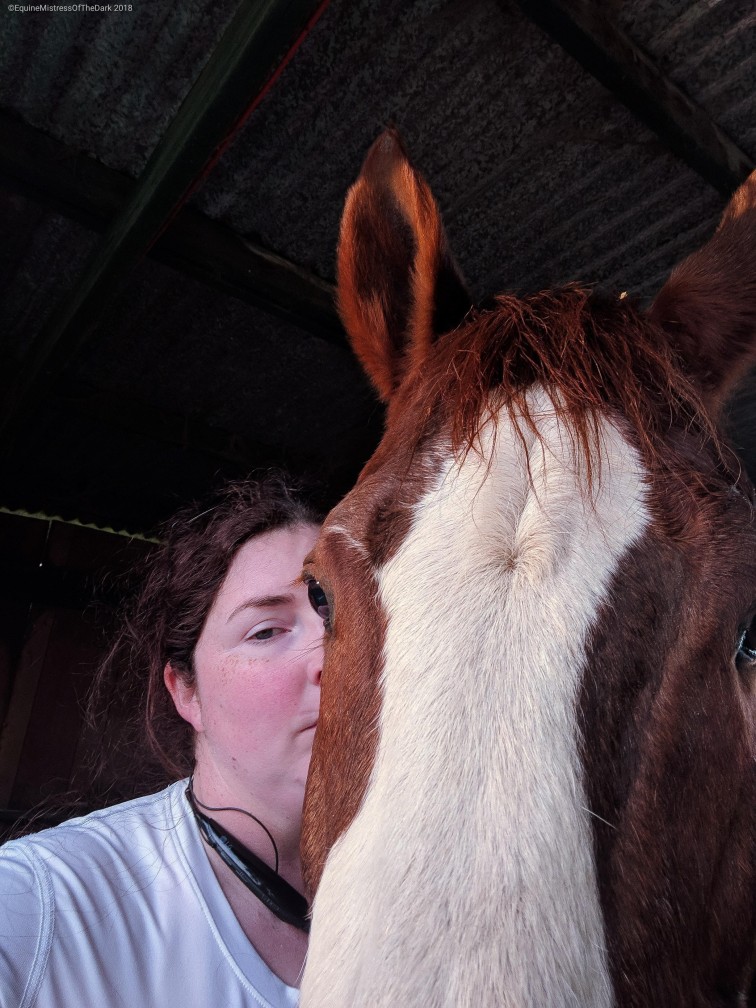 Went over to my parents after work for dinner and Gucci. He was lying down when I showed up, so I guess his feet are really hurting him. Its sad, I just want him to get better, you know? I gave him his cookie and told him he could stay down if he wanted, but he decided to stand up.

I went inside and chatted with mom and poppa for a while, then my sister came over and then Fiks showed up, so we put the burgers on the BBQ and cooked them up. They were amazing.