So last night I started obsessing when I crawled into bed. Not the best thing while wanting to go to sleep. I started obsessing over Feast Of Mars and the prize table. Feast of Mars is an amtgard event held in October every year. We do Gladiator style fighting on Saturday usually. But this year we are also hosting the Olympiad, so we are doing the Gladiator games on Friday and then the Olympiad competition on Saturday. I was thinking about making some tails for the prize table. One for each color.

I’m thinking of changing the style of tail I make for a couple of them. So last night I started to look up a couple different techniques. But I also wrote down my ideas and my racing thoughts which seemed to help ease my mind and so I could go to sleep. I might change my mind between now and then, but we’ll see. I might end up not doing any. I’m not sure. But the sooner I decide and get started the less stressed out I will be when it comes. And I still have some colors left over from when I made the Original 6. The Original 6 were:

Some of the tails are still alive. And the others I don’t know what happened to them. I know that the Tiger Tail and the Bird tail are happy and alive down in the Barony of the Seven Sleeping Dragons. And I think that the Horse tail is alive somewhere up in the Sacramento area.

Last night I also finished up my poster last night. 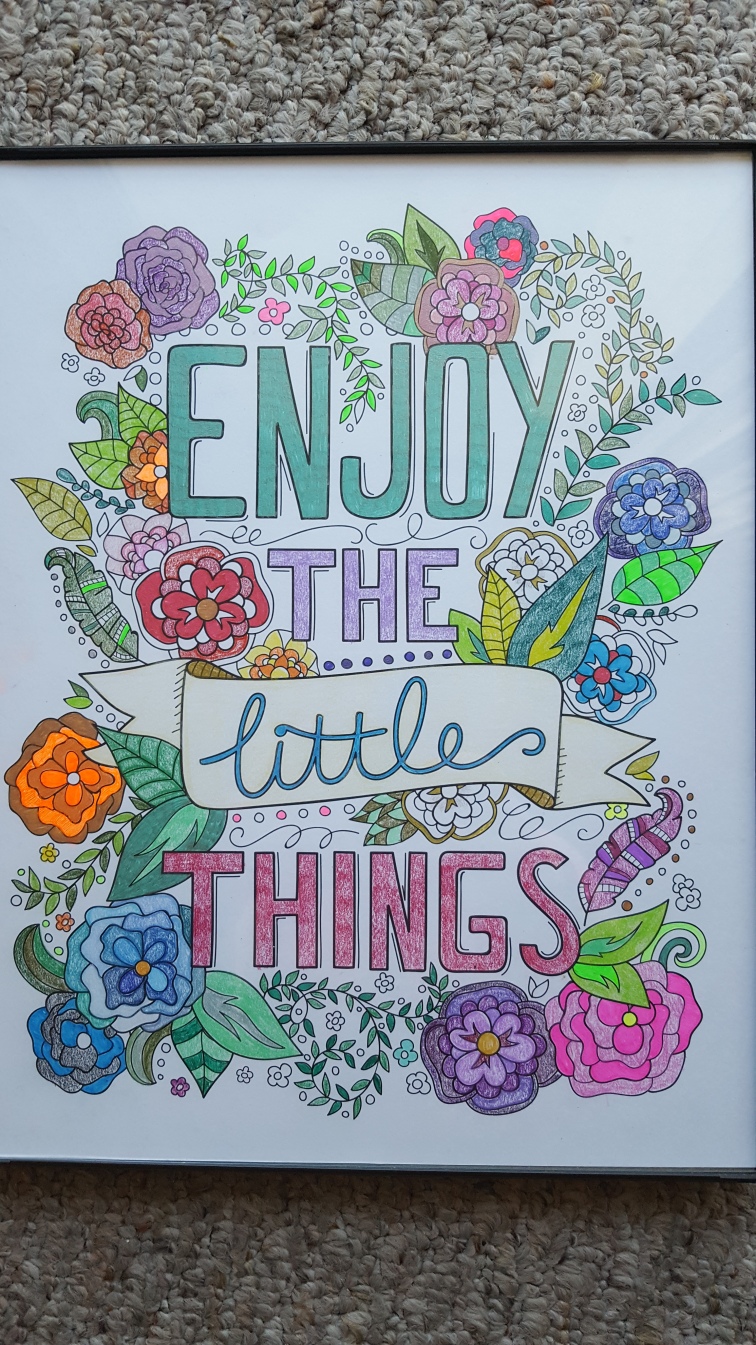 I know I left some things blank/white, but I like doing that. I think it can make things pop more rather than saturating the page in color.

So before I finished my poster and crawling into bed I started working on my boyfriends birthday party. We are going to Great America. I was working on getting a head count and seeing who could come. And I also working on more definite plans for the day. We are going to go out for dinner after the park. So maybe some people who are unable to come to the park can at least come to dinner.

Wow. What would I do if I won the lottery. Well, I would pay off our debts for one. Give my parents and siblings money. Traveling would no longer be a problem since the only thing that stops us from traveling is money. I would probably buy a house with land so that I could have Gucci in my back yard again, maybe even buy another horse. Its odd, you dream about winning the lottery, and then when it comes to being asked about it the mind goes blank. At least it does in my case.

I know I would go see my cousin in Europe. Maybe move over there, or have a place over there to stay whenever we decided to visit. I’m sure between me and my family that it would be worth it, having a base in another country to stay in.

Winning the lottery would make going to Disneyland this year a whole lot easier too. Yes, I still want to go to Disneyland.

I woke up worrying about Stormfly. I thought that we had forgotten to do his 14 day care package for his water. But my boyfriend had taken care of him on Wednesday while I was gone. Otherwise I was going to do that today.

My parents are going out-of-town today and I was meant to take the dog to the groomers. But the groomers canceled so yay! Means I have more time to spend and focus on Gucci and not feel rushed about it. Otherwise I don’t really have much planned for today. I’ll just see where the day takes me.

So I went over to my parents house and let the dog outside to do his business. While he was doing that I was applying sunblock because I’m in California and I don’t tan, I burn. I even can burn while wearing sunscreen. Last FOM taught me that. Anyway, after I put on my sunscreen I went and saw Gucci. Who was a dirt ball, again. But he was happy to see me. Being there alone let it just be us, so I talked and sang to him as I brushed him, trying to get all of the dust and dirt out. I focused on one part of his body, for example his neck and just kept brushing that until no more dust came up. I was grooming him for a good 30 minutes that way. But it was nice.

He was feeling a little more photogenic today which was nice. I went to go and put his flysheet on and saw that my poppa had taken it off in two parts and had unsnapped and un-velcroed everything. So I put it all back together while on Gucci who was looking at me like it was my fault that it was in multiple pieces. Did I mention it was warm up there? like over 100 degrees warm? I was very happy to come back home where we have the ocean breeze to help keep us cool.

I decided to paint my nails again. I don’t know why I’m on this kick of painting my nails but that is okay I guess. I painted them turquoise and white this time. Last time they were an iridescent grey that shimmered purple in the light. I put on Downtown Abbey to watch as I painted them and let them dry. I’m on Season 4 and there was an episode that reminded me of where I grew up and it made me smile. Then it made me sad and a bit homesick.

I’m trying really hard not to get nail polish on my boyfriends keyboard. Ha! So far so good.

I’ve done some good productive things today. I took out the garbage which was starting to stink up the place. I did the dishes that were starting to pile up again. Isn’t that always the way tho? And then once I was done with those I found a dish and a pot that I had missed. Balls. I also did my homework for group today which is good. Its about the time where you have a negative thought or feeling, and then you use the wise friend model (because you always talk nicer to your friends then yourself apparently) on the situation and turn it around and bring down your level of anxiety, panic, fear, whatever you are feeling. For me today it was about driving in a lot of traffic and having to sit and wait. I know that is a normal adult thing to have to deal with. I’m just getting back in the swing of driving for a longer time.

Just Keep Swimming
Or just be as happy as this cute little duckling….