Its the first day of Autumn, but in California that doesn’t mean that much. It was pretty much just a normal day here. The sun was out, it wasn’t too hot, and there was a slight breeze in the air. Well, now we are getting gusts off the ocean that are making the trees sway, but that’s okay. 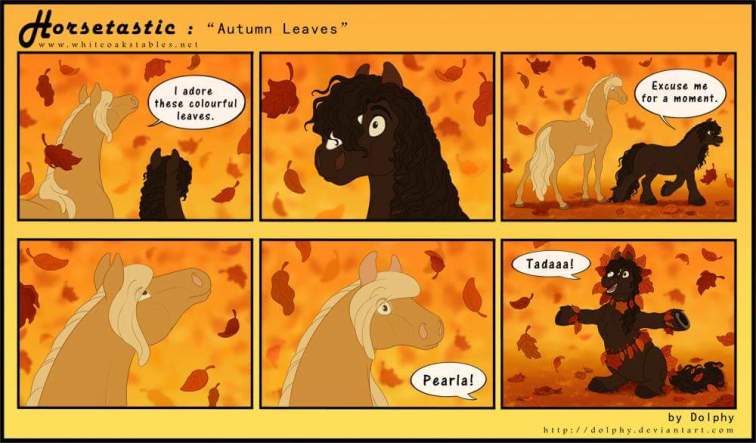 Today I went to the barn and rode horses. I ended up getting there a little early, but that’s okay. I started my day off with Ella, who was not wearing her breakfast today, that was Blaze but I didn’t get a photo of it. When I went to get her out of the stall I saw that she had a cut above her eye, nothing bad or dangerous, just a boo boo that looked pretty fresh. It was still bleeding kind of fresh. I cleaned it up when I groomed her and kept an eye on it as I was tacking her up.

So I have come to the conclusion that she is just an impatient horse. You take her to the ring and she just wants to go. She doesn’t want to stand around and wait as you get ready and check your girth and making sure that you have everything right. She just wants to wiggle and fidget and go. I got on her and felt a twinge in my back. I decided that I would see how the ride would go and judge how my day would go from there. Ella continued to be a wiggle worm while I was on her back. She kept herself over bent to the right in a way to not do her job or the things I was asking her, so I had to keep a shorter rein and more contact on the left side in order to keep her balanced and centered. My back continued to hurt as I trotted and cantered around. I finished kind of early because of the pain in my back. 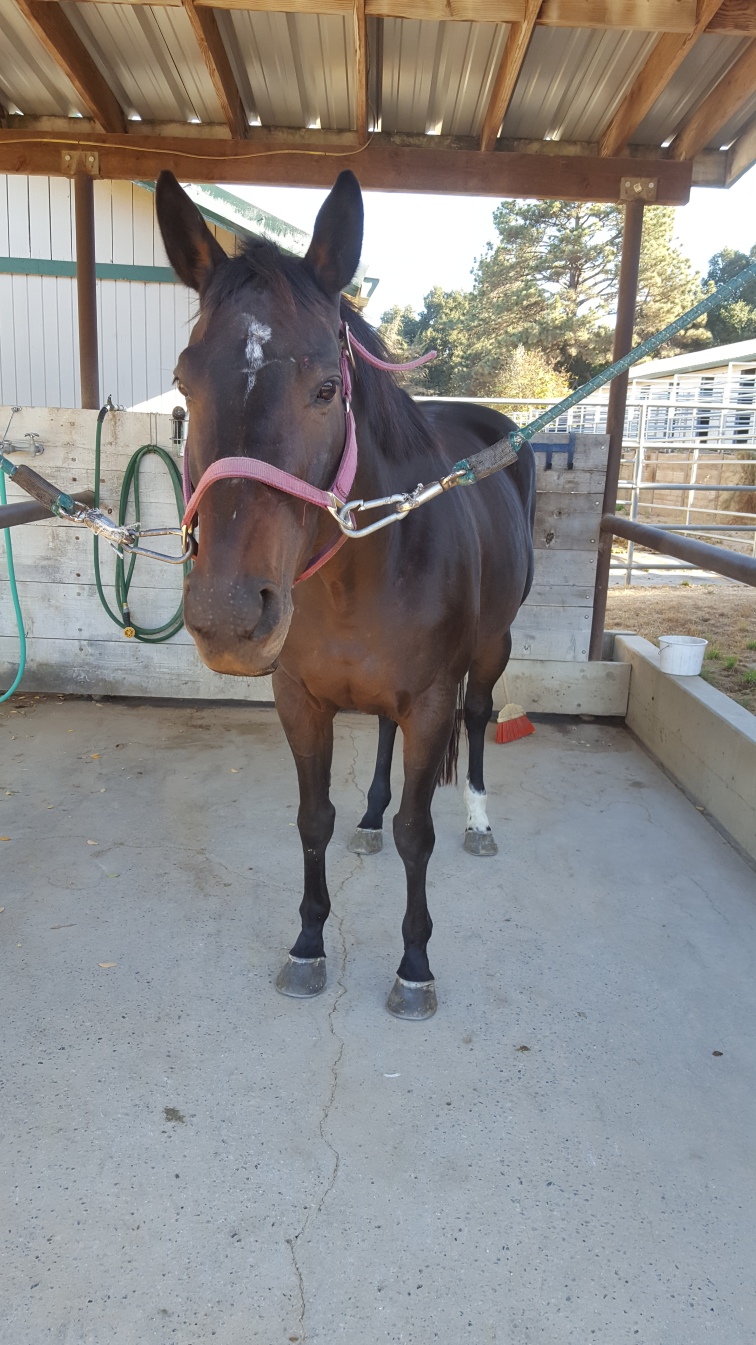 Even though my back hurt I decided that I would ride Diamond next. He was meant to be an easy ride, he’s always tired on Thursdays because he has jumping lessons on Wednesdays. He was nice and quiet in the cross ties and while I was tacking him up. As predicted he was sluggish when I got on him, but that was fine with me. Taking it slow and easy for my back sounded great. But man, was he a wiggle worm today. It was so hard to make him just go straight, it felt like I was riding a drunk horse. But we figured it out at the trot and then started to canter. At the canter he was resistant to the bit, giving and flexing, so my boss gave me a reminder on what to do to make him drop his head. Hold the outside rein and massaging his mouth with the inside. And it worked. I guess that’s why she’s the boss. 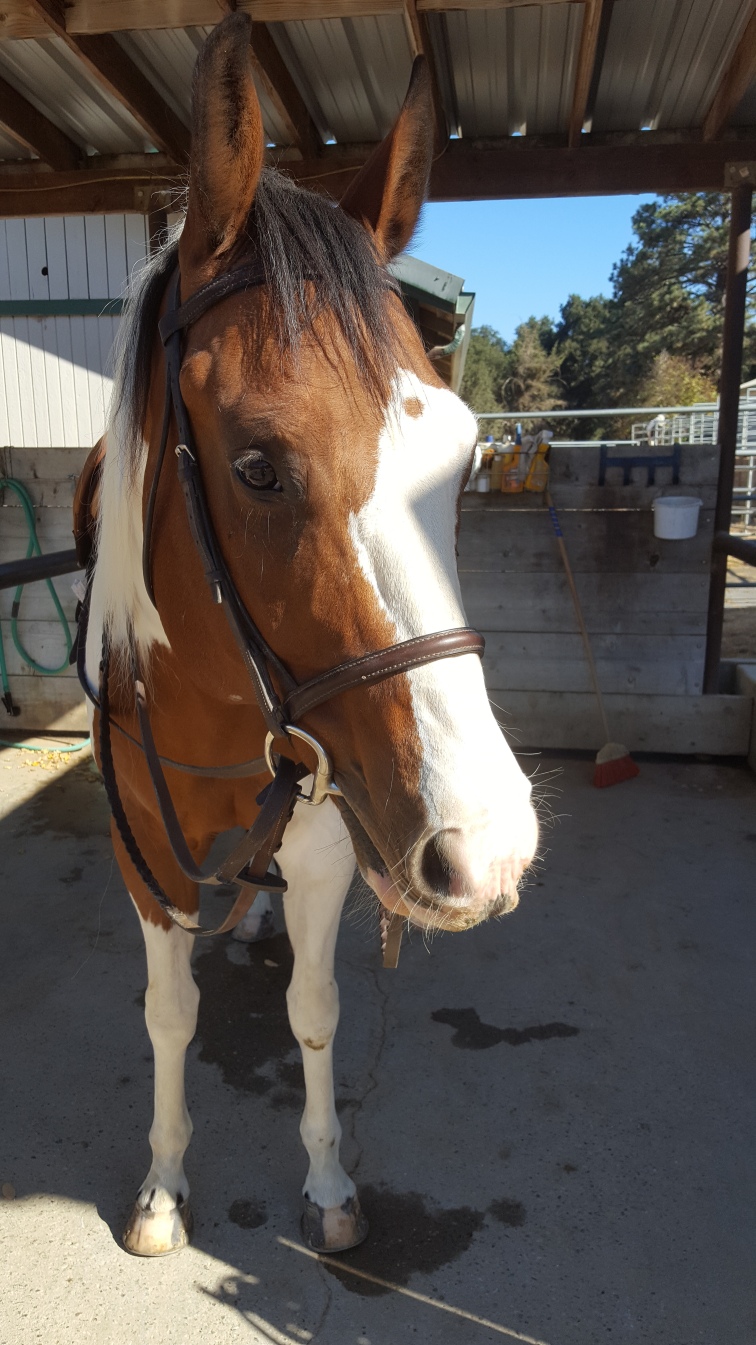 After Diamond I was assigned a different horse to ride, Marley. I doubled checked with my boss because he’s not one of my usual horses on Thursday. She explained that she was packed with lessons today and was afraid that she didn’t have the time to work him. Fine. I like working with Marley anyway, even if he does seem like a bit of a dummy to me.

So with Marley you have to ride him a lot on the right side. A lot of right rein and right leg in order to keep him in line. That’s fine, I kind of have to do that with Gucci too. But other than that he’s a good horse, super easy to get into frame and have move off your leg. I let him carry his head a little higher than my boss likes, so I had to work a lot on getting him to lower his head and having him go into the right frame. It took some work but I got the idea down and figured out how she liked him to go.

After I was done with Marley I got out Dude. He was a very chatty boy today, nickering a lot and trying to get someone to talk back to him. He was fine today, a little sluggish for the walk, so I was trying to make him move a little bit forward today. Do a lap a little forward, do a lap relaxed. At least that was the plan, but by this point all I could focus on was the pain from my back so I just sort of let him wander around at his own pace. 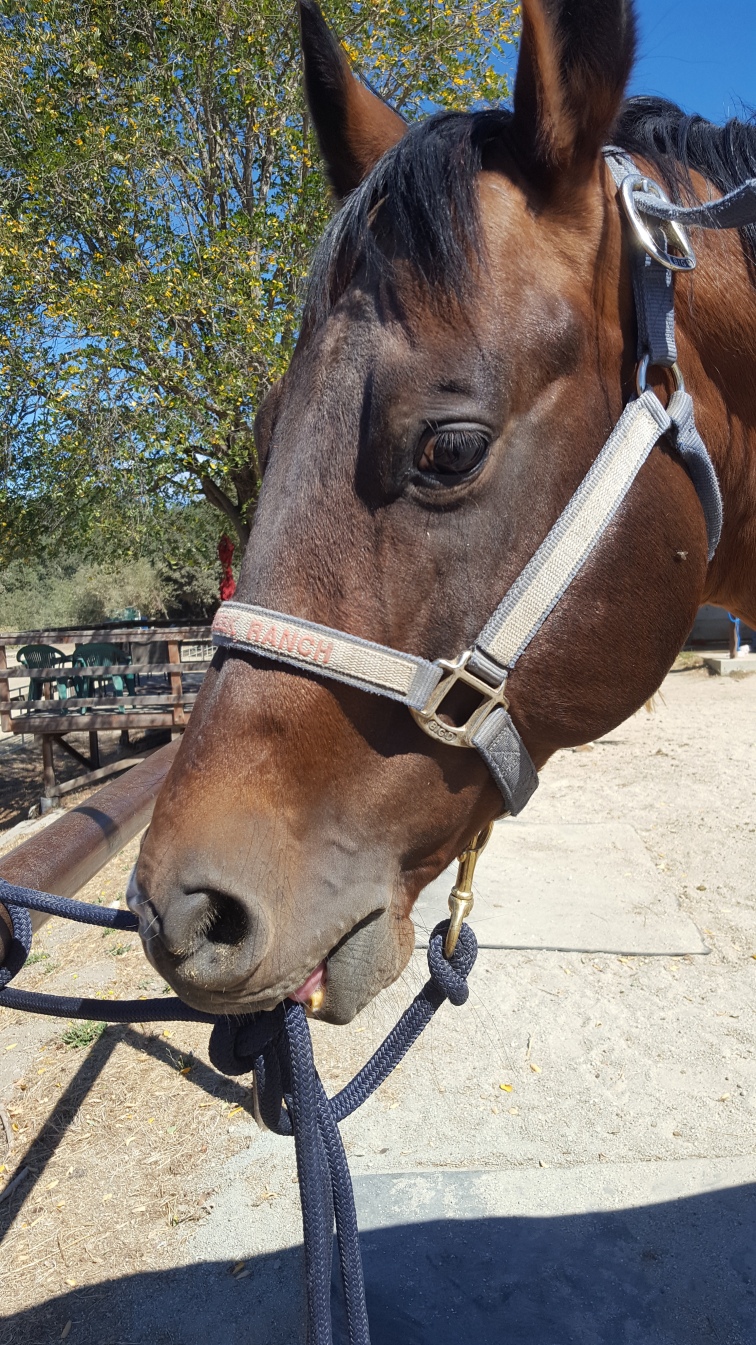 One more horse was added to the lineup today while I was riding Dude. The horse was Remington (Remmy). His owner is out of town this week so we are working him. Thankfully I didn’t have to ride him, just lunge him. So I got him out and groomed him, tacked him up with the circingle rig and took him to the round pen. He was okay in the round pen. He had problems keeping on the correct lead at the canter and then cantering for more than a lap. I had to keep on him to keep going. It was the same the other direction too. But I did managed to get some bucks and kicks out of him, so I think that he had a good time today. 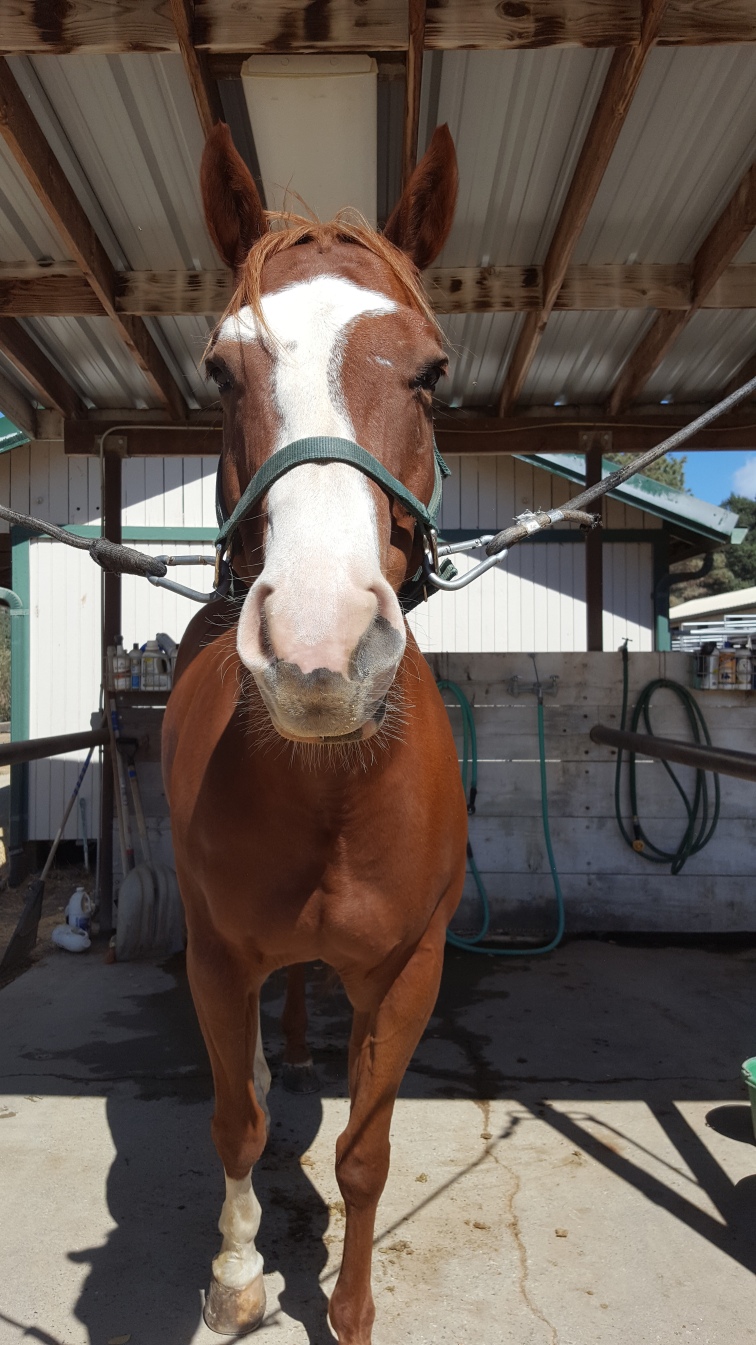 Oh, so you remember yesterday how I said I think I was going to do something productive, like dye my hair or ride my bike for a little bit? Yeah, I dyed my hair again. And I made a mess of my skin. Like my ears and my forehead, but it’ll all wash out by Feast of Mars… I hope. But yay, because my hair is now very very red! 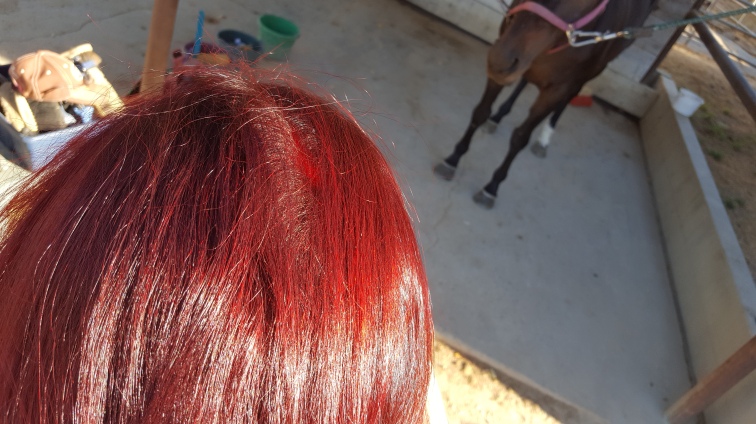 Gosh, I can’t believe that it’s only a week away. I’m trying not to focus on that its going to be a huge event, with a lot of people that I don’t know… But it’ll be fine, right? I can just hang out with my friends and take photos of people. That’s what I like doing at these big events anyway. Or hell, I can stay in the tent and read the event away if I want. Take it as time to recharge myself. I’m not sure, it’ll be something that I figure out when I get there and just take it an hour at a time.

One thought on “Happy Autumn”