Monday I woke up late and I had a pounding headache on verge of a migrane, so I lied on the sofa for a couple hours and watched Say Yes To The Dress. People’s budgets’ on that show are mental. Someone spend $9000 on a dress. Another person spent $6000 and then was getting a custom matching dress for her dog. HER DOG PEOPLE! Mental. The dress for the dog probably costs the same amount of my entire dress budget.

My head stopped hurting long enough to go and see Gucci for a little while. I took off his blanket, well, I tried too. He was too impatient to get to the grass and took off with 1 strap still on. So I followed him out and took off the rest of the blanket and let him graze for a while, during which I made his lunch and his breakfast and dinner buckets. That I left outside uncovered. Crap. I hope that the birds don’t get to the feed… Shit. And no one is home right now. Grrrr. 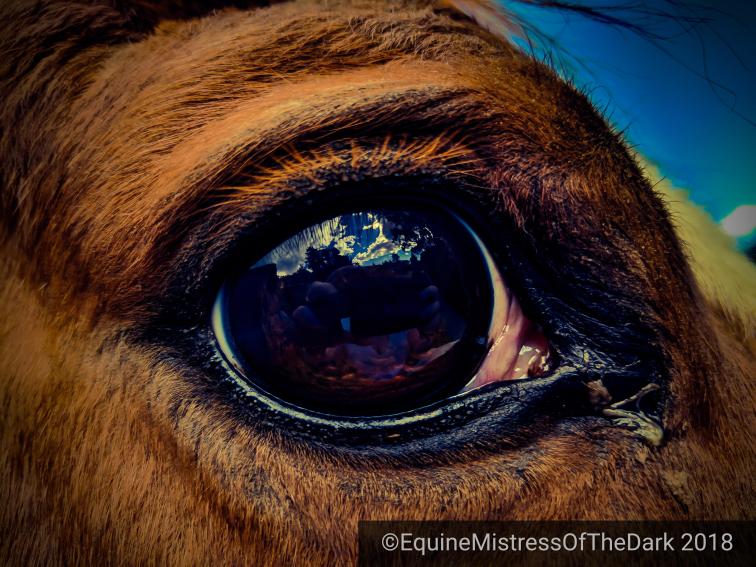 I went upstairs and talked to my mom for a little while, and showed her the dresses that I was looking at yesterday at work. She liked some of them more than others. I told her about the dress show and people’s budgets. She thought it was a little crazy too.

Then I came home and started to work on my taxes. I’ve ended up owing federal and then I get a whopping $10 back from state. Its going to cost me more than $10 to file my taxes, so I’m basically loosing money all around.

Nothing really happened on Tuesday. I didn’t want to wake up and then I didn’t want to go into work. I’m so over my job. Yes, I know I bitch about it a lot, and I should be thankful that I have a job, but I need something different. But nothing happened at the bank on Tuesday, it was a fairly quiet shift. I talked with one of the tellers about venue hunting since her daughter is getting married next year as well.

I had a hard time waking up on Wednesday, maybe I’ll take less sleeping pills tonight. But I got up and went to the feed store and then to the grocery store and to get gas. After I was done there I went to my parents place to drop off feed. Gucci was waiting for me at the gate, and wasn’t happy when I locked the gate behind me so that I could take off his quilted blanket and put on his light sheet. I told him I’d let him graze in a little while and went in the house and put my cold stuff in the fridge. 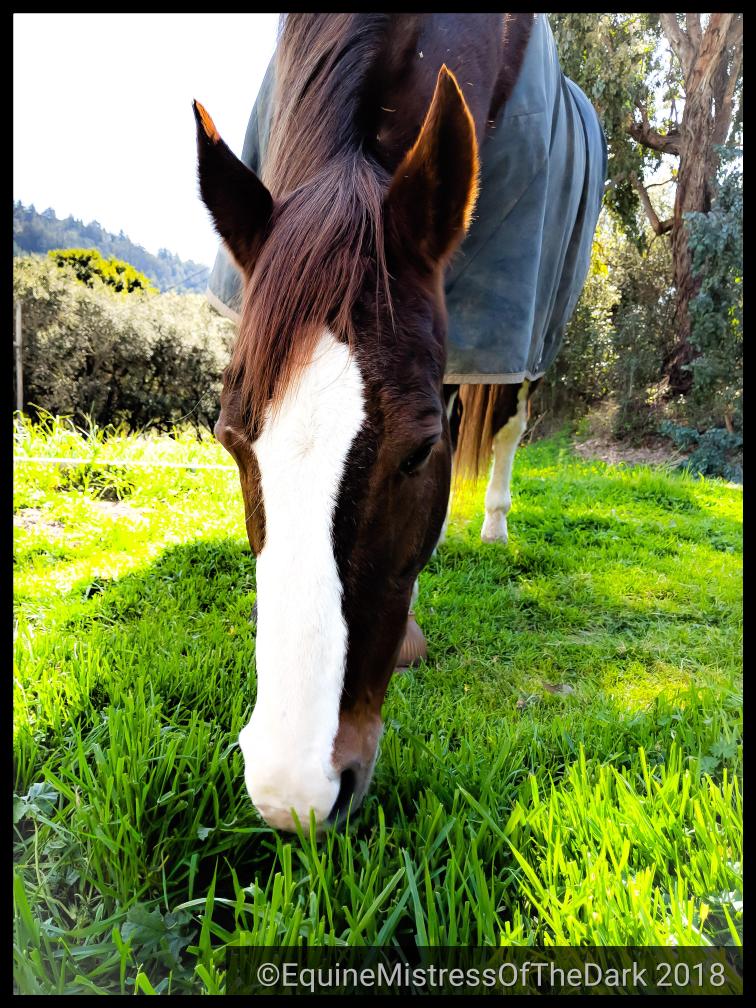 He enjoyed his grazing time. I didn’t come home with an empty truck like I was planning though. I brought home and air conditioning unit and a teeny tiny BBQ. But I don’t fully fit in the garage with the AC unit, so I had to text Fiks. We’ll have to empty it out before he can park his car in the garage tonight.

I did some coloring Wednesday night, I don’t know why it came out looking like a bald Eagle, but it did.

Thursday was okay. I didn’t sleep to awesome the night before, apparently I’m back to coughing through the night. I didn’t want to wake Fiks up, but I didn’t want to leave the warm bedroom either because it has been fing cold at night lately. It was also Bill the Nun’s birthday! Happy Birthday! If your birthday falls on an amtgard birthday usually you get birthday whacks.

There were chocolate chip, oatmeal raisin, red velvet, and M&M ones. I was good until lunch time rolled around, and then I got really hungry and broke down and had one. But before this a Sheriff Lieutenant came into the bank and we had a nice chat about how suspicious one person was being and then how interesting it is to people watch some times. I went to lunch and got a text from my boss that I had been on my cell phone too much (I hadn’t been on my cell except for texting Fiks) and if I had to take a call to go outside. Okay, fine, easy enough. And I stayed off my cell phone for most of the rest of the shift. I think I looked at it 3 or 4 times.

Saturday was cold. I mean below freezing when I went to work. It was 28 degrees! Cold for my part of California. The day was fine. The truck is still broken, I spent most of my day reading and listening to podcasts then some music. I had a visit from a girl scout and bought some more cookies. I apparently I have no will power when it comes to girl scout cookies.

Fiks talked to his knight and discovered that she is making his knighting garb, so I just have to find a dress I want to make to match. I have 2 months to find a pattern and make a dress. Fun. And I need to start going to the gym again to loose some weight. Monday, Monday I’ll start the gym again.

I got some sad news when I got home Saturday. The picture I colored explains exactly how I feel about it.

Sunday was okay. Work went mostly fine. I might have had a minor meltdown at work and have a CHP pull up while I was crying. So professional. Fiks comforted me when I got home though, so that was nice.